People who suffer from Social Anxiety Disorder become very adept at avoidance or safety behaviors. It’s a natural reaction to something that feels bad, and of course, they will do whatever it takes to avoid those situations. But unwittingly they are reinforcing their anxiety and even making it worse. Have a look at the common avoidance behaviors, and see if in trying to minimize exposure, you’re feeding the beast.

One of the biggest obstacles people with social anxiety face is avoidance, according to some experts in this field.  True avoidance means doing anything not to have to face the feared social situation. That can range from just not turning up to parties and refusing invitations, to changing jobs so as not to have to give presentations or even dropping out of college.

Partial avoidance is a less obvious safety behavior because the sufferer still seems to be participating while still keeping themselves safe. These behaviors include:

A common way for people to find a safety valve and a reprieve for anxiety is to use escape. As in partial avoidance, the sufferer seems to be participating but gets to a point where the stress is unbearable, and they have to leave. This sort of behavior includes leaving a party or other gathering early, pretending to get an urgent message so they can leave a meeting, or hiding in the bathroom

What can you do? 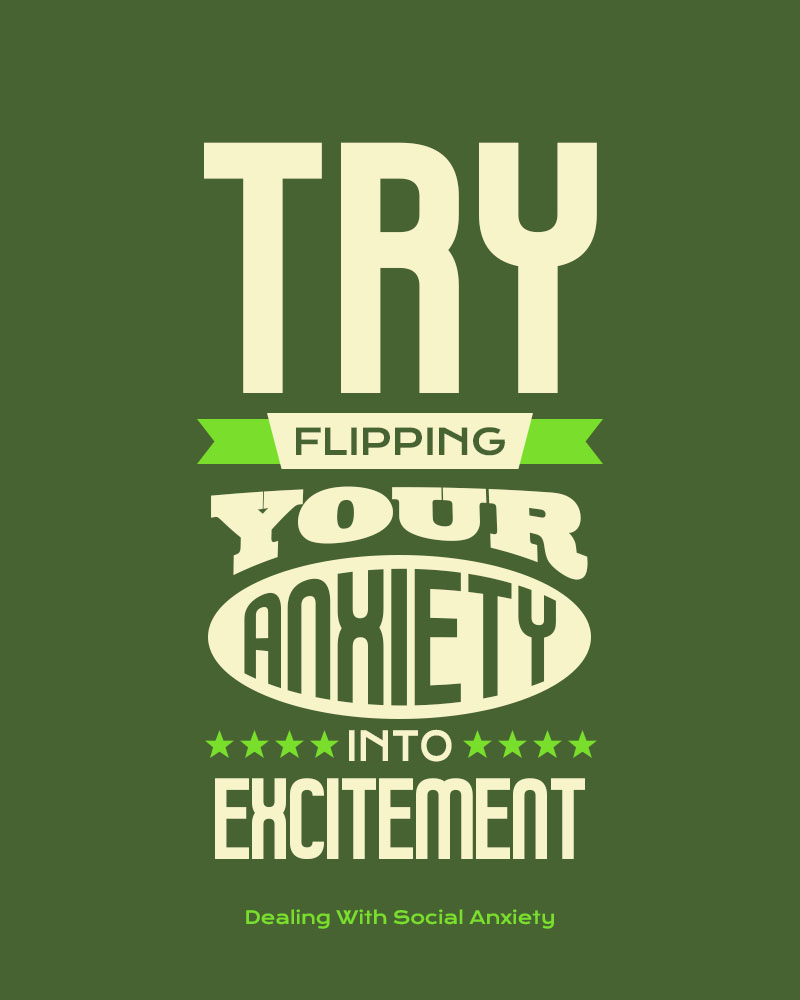 While such avoidant behaviours help in the short term, they act to reinforce your vulnerability by keeping  you in a hyper-vigilant state.  You remain constantly on the lookout for fearful situations or dangers.

Avoidant behaviors keep you stuck right in the middle of social anxiety. They stop you from trying and failing, but they also prevent you from working and succeeding. You won’t learn how to overcome your fears or learn that you’re pretty good at giving presentations. If you never speak up in meetings and share your thoughts,  then all your good ideas remain in your head. If you hide your light under a bushel, you never get the chance to shine. It has been said that the wealthiest place in town is the graveyard, because of all the brilliant ideas that are buried because people never expressed them.

The five-minute strategy is one way to start overcoming your anxiety . When you feel the urge to avoid or run away or shrink down, give yourself five minutes. You can put up with pretty much anything for five minutes, right? Just give it a try, be kind to yourself and encourage your real self to take it easy